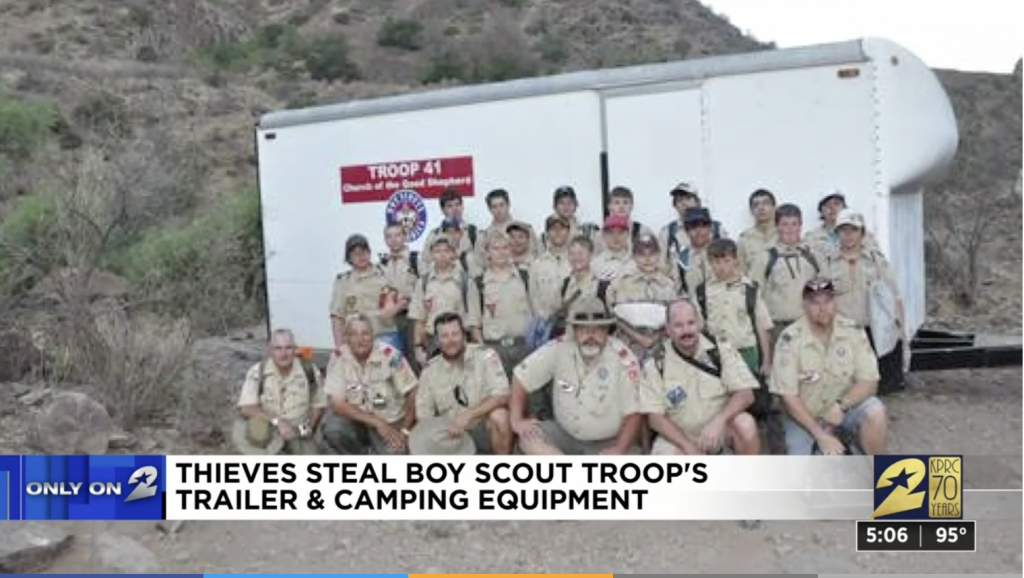 TOMBALL, Texas – A Boy Scout troop is learning a tough lesson about doing the right thing. Scout Troop 41 of Tomball discovered Monday night that someone stole their camping trailer sometime over the weekend. It’s usually parked behind Church of the Good Shepherd on East Carrell Street. Kevin Bissell, the committee chairman, said Scouts were gathering Monday night for their weekly meeting when one of them noticed the large white trailer was missing.

“One of the adults walked in and said the trailer’s gone. So we kinda reached out to some people who may have taken it somewhere and so we came over and noticed all the locks had been cut,” Bissell said.

“We’re thinking it’s in the neighborhood of $22,000 for just the equipment inside,” he said.

Gringo’s Tex-Mex and Jimmy Changas got word of the stolen trailer on social media. The companies plan to write a $10,000 check to the troop Wednesday to help replace the trailer and some of the camping supplies.

“We actually don’t know anyone from the troop, but we all have families and kids and when they reached out, it just tugged at our hearts … these kids and their families and all the hard work they did to raise that money that’s suddenly stolen from them,” said Curtis Koch, an operations manager for the company.

Boy Scout Troop 41 is raising money to make up the rest of the funds. 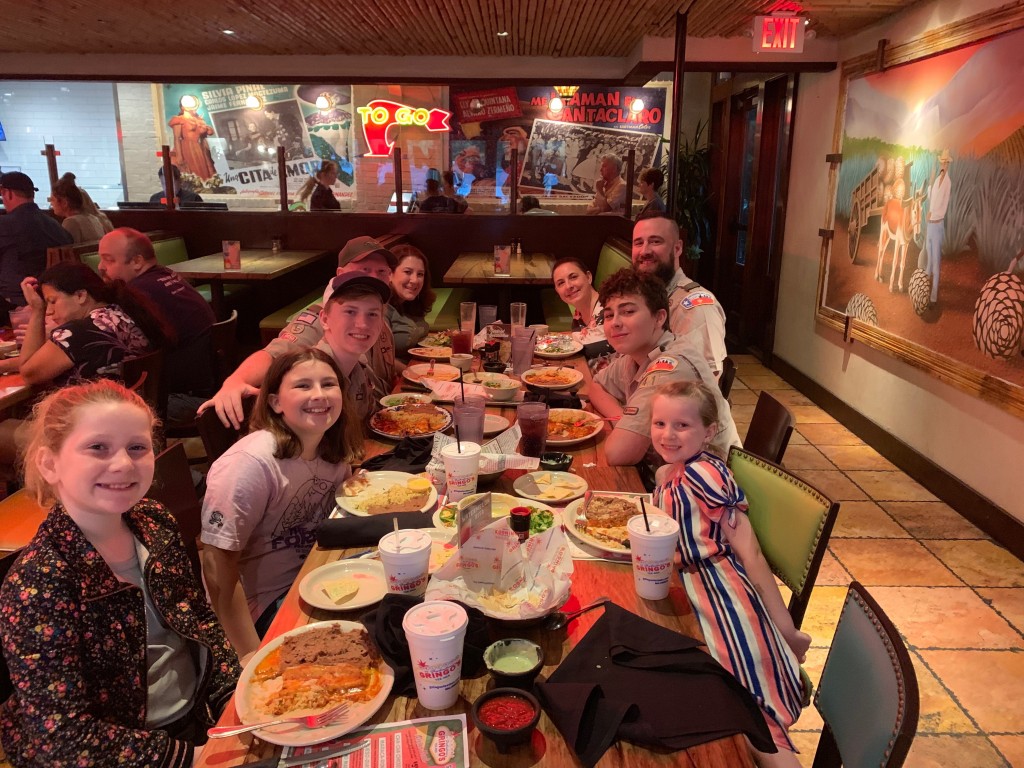 Troop 41 dining at Gringo’s The Woodlands

Read the full article <a href="https://www.click2houston.com/news/restaurants-reach-out-to-help-after-boy-scout-trailer-stolen-from-church?f